So, when the adrenals go up in a man, he tends to lose weight and in a woman, she tends to gain weight.  She will hold on to every ounce of fat and every ounce of fluid. That way, with her primitive instincts to breastfeed the children, she will continue to have sustenance for them.  She'll also find that maybe she's not as hungry, or she's even more hungry and every calorie she eats, she maintains.

The fact is, when a woman is under stress, she may even gain weight while she's sleeping.  As she breathes in moisture, her body will take in the moisture and retain it.  A man under stress will actually lose weight as he sleeps.

As a couple, just as an experiment, if you're under more stress than normal, weigh yourself at night and weigh yourself in the morning when you wake up. See if as a woman, you don't gain weight, and as a man you actually lose weight while you're under stress.

Now, in society right now, some things are changing.  We have a lot of estrogen in the meals that we're eating, from either cows being fed hormones, or a lot more soy by products.  Men are becoming more estrogenic and we're actually starting to see this become more of an issue in men as we move forward. Testosterone tends to help you lose weight when you're stressed out. Estrogen tends to make you gain weight when you're stressed out.

If you're not dealing with your stress, and you're having difficulty losing weight, this is definitely something to address. If you need help addressing that, give us a call at the office, 636-207-6600 and make an appointment. We'll be able to discuss it and figure out how to help you move forward. 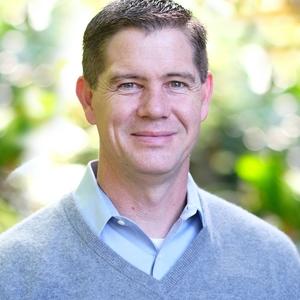